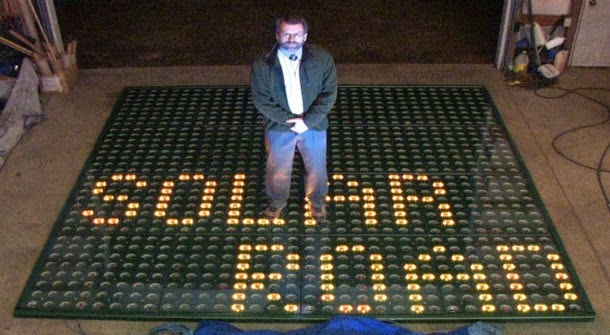 Sometimes it takes a celebrity to draw attention to a worthy cause. That’s what happened to a Sagle, ID couple when actor George Takei, Sulu on “Star Trek,” noticed their idea for solar roadways and tweeted about it. That was the push needed to get their crowdfunding campaign to pass the $1 million goal required to start manufacturing their product.

Scott and Julie Brusaw believe their technology can transform U.S. highways into networks for energy generation and provide surfaces that are durable, safe and less expensive to maintain than concrete and asphalt. Apparently a lot of other people believe too because more than 73 people, strangers to the Brusaws, gave $1,000 each and seven gave $10,000 each to the cause!

The Spokesman-Review has the story.