Bus Rapid Transit Taking Off Around the World 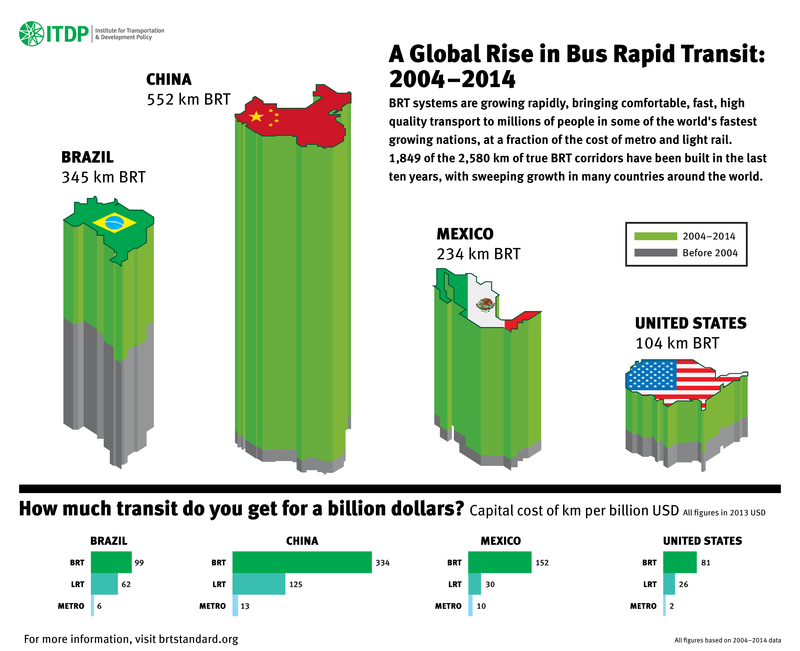 If you’ve been paying any attention to Spokane Transit’s plans for the future lately, you’ve probably heard mention of “bus rapid transit.” Bus rapid transit (BRT) is longer distance transit service with few stops. Wikipedia says it’s sometimes described as a “surface subway,” combining the capacity and speed of light rail or metro with the flexibility, lower cost and simplicity of a bus system.
So why do I mention BRT? Because a post on Jarrett Walker’s Human Transit blog from yesterday talks about a new study that shows that growth of BRT around the world has been explosive in recent years. It’s growing fastest in Latin America, followed by middle-wealth countries like China, India, Mexico, and Brazil.
Why these locations? For a number of reasons that you can find in the article here. Also, you’ll be surprised I think at just how fast BRT has grown in a decade.