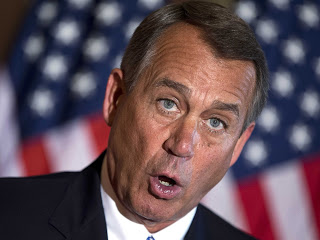 There are lots of ways to express yourself but Speaker John Boehner didn’t waste any words earlier According to Politico, he called it “a piece of %$*!”
this week when describing the six-year highway bill crafted by the U.S. Senate.

He’s not the only one being with negative feelings aobut the plan, Senate Republicans have called it lame procrastination that needs to be addressed immediately. They’re only hurting themselves though, also according to Politico, because lawmakers will have to deal with issues like this one and several others that have deadlines looming this fall. Authors of the article at the link above, Jake Sherman and Burgess Everett, predict this is going to be the “fall from hell” for Congress as they try to crank out a bunch of high-stakes legislation.Hopefully that makes you feel a little better.

Highway funding expires in November after multiple extensions and the prediction is that it will just be extended again, rather than a new bill approved. We’ll monitor the situation and keep reporting on it.