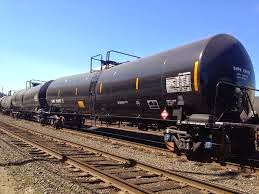 BNSF Railway says it’s moving less oil trains through Washington state than in past months. BNSF previously reported as many as 19 trains of Bakken crude oil trains came through the area in a week. That number dropped to 13 for June.

The railroad had tried to keep information about oil train shipments from the public, but the state declined to sign a confidentiality agreement and BNSF provided it under public records law.

The Spokesman-Review has more.