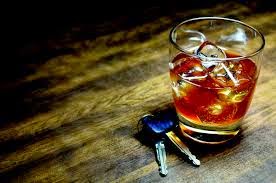 Senator Mike Padden (R-Spokane Valley) and Attorney General Bob Ferguson are proposing a bill that would make a fourth DUI conviction within 10 year a felony, according to KHQ News.

Senate Bill 5105 would make a fourth DUI-related offense in 10 years a class C felony, meaning offenders would face time in prison rather than county jail.

Currently Washington requires five convictions within a 10-year period to be considered as a felony. By comparison, Oregon and Idaho require only three.