Big Reduction In DUIs This July 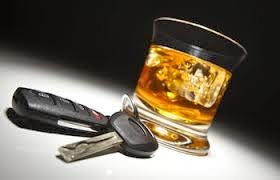 DUI emphasis patrols held across Spokane County from July 1 to July 13 this year turned up a LOT fewer suspected drunk drivers than in past years. The patrols, aimed at making the roads safer for everyone, took 34 DUI suspects off the streets. That’s way down from the previous year when 121 suspects were pulled over.

The patrols are a joint effort of several area law enforcement agencies.