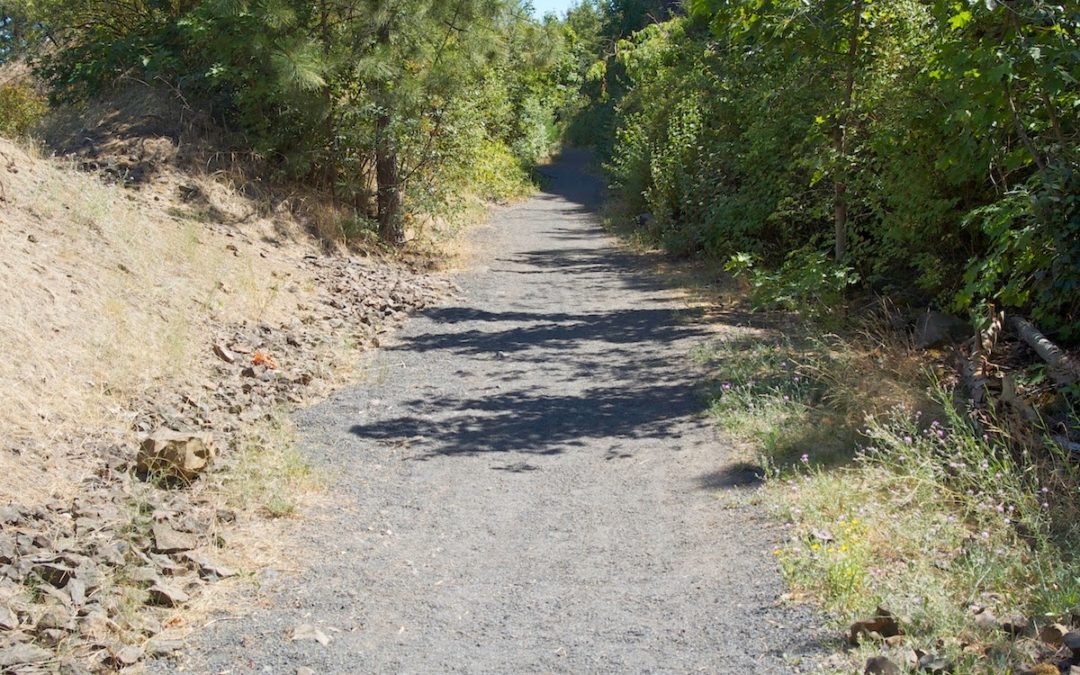 After months of public input, the City of Spokane announced this week they’re ready to move ahead with the Design phase for the Ben Burr Trail. The gravel path is somewhat remote, perched on the side of a hill behind Underhill Park and running to Liberty Park through a screen of trees, and in some spots, walls of rock.

While many agree that the path needs safety improvements, not everyone is happy about the plan to make that happen. The City applied for, and received, federal money for the project, which means there are stipulation that must be complied with if the federal money is to be used. Or the project could be scrapped.

That means the quaint, remote-feeling path would be paved to ten feet wide with shoulders on each side and fencing to keep people from going off the trail and over the cliff’s edge.
This week, City Council looked at input received from the public and voted to continue with the project, but with a few changes. The Spokane City blog has the details.