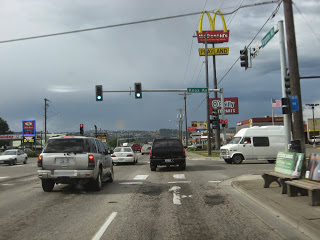 A
project to improve traffic flow and relieve congestion along Argonne Road
between Knox and Trent in Spokane Valley starts tonight at
10 p.m.
While most of the work will be conducted during nighttime hours,
traffic restrictions will remain in place through daytime hours.
The project starts with reconstruction of the intersection at Argonne and Knox
to widen the radius of the corners to facilitate smoother turns.  While
that work is under way from May 11 through mid-June, traffic on Argonne will be
reduced to two lanes in each direction. Only right turns will be allowed on
Argonne and Knox; there will be no left turns from any direction of the
intersection while that work is under way until about mid-June.
The work will then move to the Argonne/Montgomery intersection where a new
northbound right turn lane will be added.  Changes to crosswalks will
consolidate all east-west pedestrian traffic on Montgomery at Argonne to the
crosswalk north of the intersection, and the lightly-used crosswalk south of
the intersection will be eliminated.  A new traffic camera to help respond
to changing traffic needs will also be installed.
In late July, work is expected to move to the Argonne/Trent intersection where
another traffic camera will be installed.  (Note:  These are NOT red
light cameras.)  The project also includes signal/pole relocations or
replacements at the Montgomery and Knox intersections.  ADA (Americans
with Disabilities Act) ramps will also be constructed at the Knox intersection.