Are Billionaires The New Driving Force In Improvements To Tranpsortation? 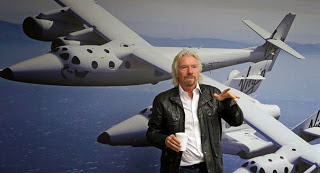 So we all realize by now that getting major projects done in the world of transportation is a slim chance at best. Look at the North Spokane Corridor. Even now that it’s underway, it’s not clear where the funding will come from to ever finish it. And installing light rail or high speed transit systems? Considering the economic and political climate, it’s not looking good.

So, knowing that the government isn’t going to foot the bill and public-private partnerships are drying up because businesses are being hit hard, who is going to build all this stuff?

Bring in the billionaires. More and more celebrities are now championing the transportation cause. Jeff Bezos of Amazon wants to use drones. PayPal lead-man Elon Musk has proposed the “Hyperloop” and Richard Branson has his own airline and wants to take people to the moon.

Are they crazy or the new force in getting things done? Politico looks at the reality of the situation and how feasible each billionaire’s ideas are.