Are American Fire Trucks Too Big? 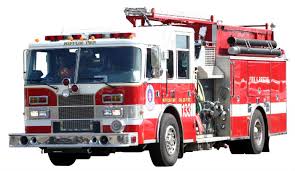 Are American fire trucks too large? That’s what the Fire Chief website is asking. Fire apparatus has become super-sized in the United States and prohibitivly expensive. The average price of a Type I engine costs $400,000 to $600,000 and a 100-foot aerial ladder is over $1 million.

With traffic congestion and rush-hour gridlock plaguing many large cities, there is another aspect for public discussion regarding super-sized fire apparatus: how wide should the streets be in our cities? Do we need big and expensive trucks on the road for mostly medical calls and car wrecks? Fire apparatus used in Western Europe are highly maneuverable on the narrow, winding streets, and have a much smaller apparatus footprint than American rigs. Fire departments in Europe and Asia are using smaller rapid response vehicles as primary tools in their urban firefighting deployment strategies.

Check the link to see strategies other countries are using to keep people safe without rolling out the big trucks every time.