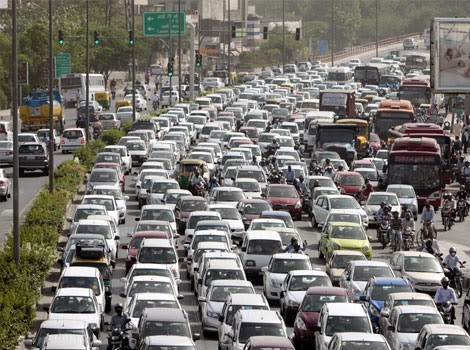 The “Traffic Scorecard Annual Report” was released this week, by INRIX, a provider of traffic data and traffic network information.

The report shows that congestion on the nation’s roadways jumped in 2013 after two years of declines. Why the increase? Data shows that U.S. Gross Domestic Product (GDP) grew 2 percent in 2013, so it’s a response to economic growth. So while traffic congestion isn’t a good thing due to time lost and pollution created, it’s a byproduct of a positive trend.

The report shows that metropolitan areas across the U.S. showing numbers above the national average in employment growth and national GDP saw congestion increases, such as Austin, San Jose, Seattle, and Boston. In all, 61 metro areas experienced increased traffic congestion last year.

If you’d like to view data from the Scorecard, INRIX’s has complied it in some fabulous maps and charts here.