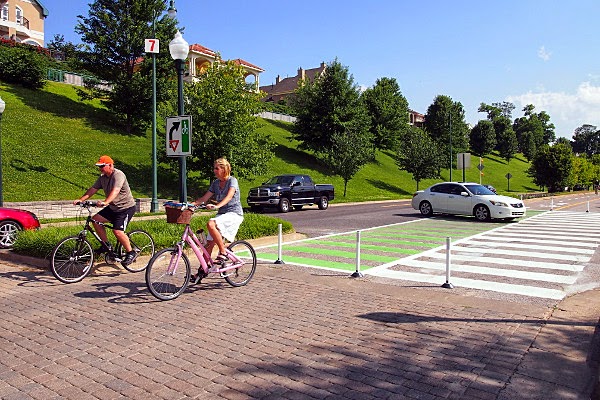 It’s the end of the year, so you know what that means. It’s time for a countdown. So without further ado, I present to you America’s 10 Best New Bike Lanes of 2014.

As “People for Bikes” rounds up their favorites of the past year, they point out that the nice bike lanes are no longer just concentrated in a few cities. And some of the ones on the list are in cities you really wouldn’t expect to have great bicycling infrastructure. Three of the lanes mentioned are in northwest cities. Also worth noting, in 2014 protected bike lanes grew twice as fast as in 2013.