A Look Back At Transit History 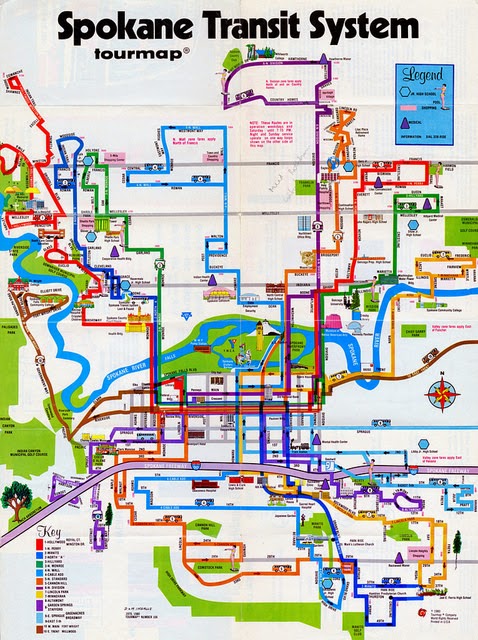 When you get on Spokane Transit’s website to look at the system map these days, it looks a lot different than the first map of local bus routes.

On his Transit 509 blog, Zachary Ziegler gives us a look at the Spokane Transit maps from 1979 and ’80, the former which is believed to be the first total-system map for a transit system in Spokane.

These maps are cool because they kind of look like the map you get when you go to an amusement park. And area landmarks were included such as Riverfront Park’s Pavilion, the clocktower, parks, schools and colleges.

Check them out here, it’s a cool look at our transportation history.