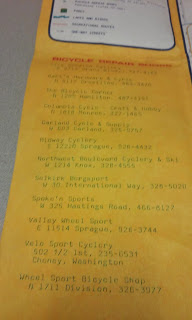 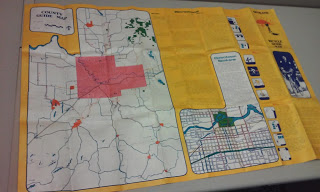 We are moving to a new office sometime in March. So in the meantime we are cleaning out a lot of files and getting rid of many years of “stuff.” Turns out we had a lot of file cabinets around here filled with a lot of old stuff.

Amongst all the junk, we made a cool find yesterday- the first (as far as we can tell) bike map for the area. While there weren’t bike lanes at the time, this circa 1980 bike map lists “easy through streets,” “non-arterial bicycle connectors,” “difficult intersections,” and more.

It also lists area bicycle repair shops. That part was surprising to me. I turns out there were a lot of bike shops back in 1980. And some are still around today, such as Midway Cyclery, Garland Cycle, Spoke ‘n Sport and Wheel Sport! 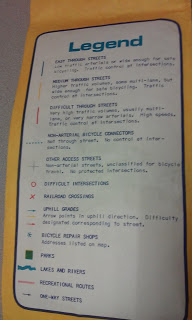 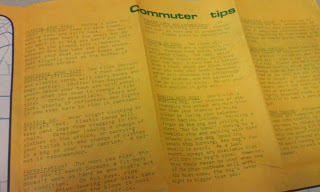 My favorite part about the map- it looks like it was all done on a typewriter. Which had to take someone a LOT of time.