Will Self-Driving Cars Put Us All Out of Work? 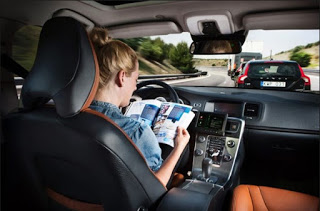 We’ve discussed some of the impacts that self-driving cars could have when the concept of them is fully realized- senior citizens and disabled people being able to “drive,” how well-rested we will all be because we can take a nap in the car instead of driving, an increase in miles driven because many people will send their car home after arriving at work rather than pay to park it- but one aspect we haven’t addressed at SRTC yet is that the autonomous car revolution could take American jobs.

According to MarketWatch, 4.1 million jobs could disapear, including chauffeurs and drivers of trucks, cabs and ride-share vehicles.

The potential savings are predicted to outweigh the human cost, as drivers are one of the biggest expenses for transportation companies. And they have to sleep and take vacation, which isn’t necessary for their self-driving replacements.

Some disagree though. Uber, expected to benefit hugely from autonomous cars, says it won’t completely phase out drivers. Uber started a self-driving pilot program in Pittsburgh recently, although the car arrives with a human sitting in the front seat to take over if something goes wrong.
Still, the naysayers — and there are plenty — just aren’t buying it.