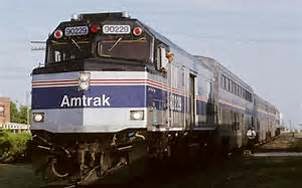 The perception in Spokane has always been that travel by rail just really isn’t convenient because of
the hours. Traditionally, the Amtrak passenger plane would arrive in Spokane around 1 a.m. and department a while later. The SRTC offices are in the bus and train station where people catch the train and depart from it. In recent months, when I arrive at 7:30 a.m., the Amtrak train has just been arriving or is still here from when it arrived.

So I found this article interesting. It’s from the Poughkeepsie Journal on why Amtrak trains run chronically late. Turns out it’s not because Amtrak doesn’t respect your time or the conductor needed to stop for a cigarette break. It’s because of the increase of other kinds of trains on the rails. And it’s hurting Amtrak’s bottom line. And our variety of transportation options. Check out the article.