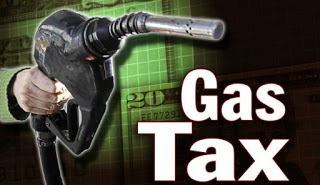 A lot of people complain about how high our gas prices are compared to other states. Many people even make the trip to Idaho to fill up to save some money. According to KIRO TV, that could change though, with a pilot project the state of Washington will begin in fall of 2017 to test a system of charging drivers for the number of miles traveled, instead of charging them a gas tax. And you can sign up to possibly part of the pilot.

For the pilot period, drivers will only track miles and will not be paying taxes based on that mileage.
The current state gas tax is 49.4 cents per gallon of gas. Because there are more fuel efficient cars now on the market, drivers are buying less gas, which means the state is collecting less in gas taxes that go to maintain our roads.
For the purpose of the simulation next year, the Washington State Transportation Commission is looking at a 2.4-cent tax per mile traveled. Compared to the amount of gas consumed, this would add up to the same amount an average driver would pay in state gas taxes.
Up to 2,000 volunteers will be asked to participate in the pilot either by tracking odometer readings, downloading an odometer app or by installing a device in cars to track miles.

For their news piece, KIRO talked to drivers on the impact. Here’s what they found out:
So far, Oregon is the only state to charge drivers by mile rather than by gas tax.