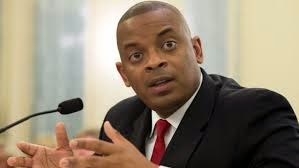 An email our office received yesterday from the Federal Transit Administration and Anthony Foxx, U.S. Transportation Secretary, says that Foxx is pleased that Congress took action to avoid letting the Highway Trust Fund go broke, but is disappointed that they merely put off the inevitable.

This is the tenth extension of the surface transportation fund, on top of eighteen short term budget measures, in the last 6 years. The bottom line, Foxx says, is that this extension doesn’t provide any sense of security to us in the long term; it’s merely a band-aid.

Worse yet according to Foxx is that the extension expires right as the next construction season begins, setting up another crisis next spring. So in the coming months, the U.S. Department of Transportation will again be required to prepare cash management procedures in anticipation of repeating the same Highway Trust Fund insolvency crisis in 2015.

The email goes on to say that Americans
deserve a multi-year transportation bill that provides the certainty businesses and communities deserve, creates jobs, and makes policy
updates to lay the foundation for lasting economic growth. He says the Senate
demonstrated with its bipartisan vote on July 29, that there is no reason Congress
can’t act on a long-term solution this year and he hopes Congress uses
this opportunity productively. Thoughts?