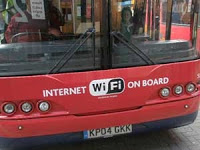 Perks are nice but it turns out that what people really want on public transit is better service. According to Wired, a new report from research group TransitCenter says bonuses like power outlets, wifi and better shelters aren’t really all that important to transit users. More than 3,000 respondents to a survey from 17 regions across the country ranked outlets and wifi dead last in what they would like to see on their commutes. What they did request though was more reliable service and spending funding for things like more plush seats and wifi on system improvements instead. Very interesting; there is more info here.