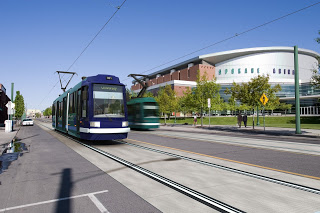 Spokane is one step closer to seeing a Central City Line, according to KXLY News.  The Federal Transit Administration approved the project, commonly known as the downtown trolley, for development, which means that they recognize the project as a viable candidate for federal grants.

This means that any local and state funds associated with the project can be counted as a local match for federal grants. This increases the project’s competitiveness for federal funding.

STA says that if they get a federal grant, almost all of the capital costs of the program will be covered by state and federal money while local funds would cover the operating costs.

A steering committee has been created to shape the project to submit for the grant.