SRTC Director Goes To The Pokey; Help Him Get Out 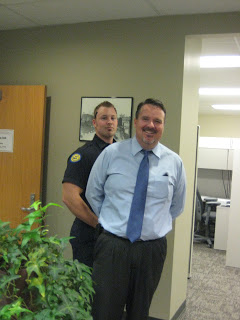 Well, there he goes. Have you ever seen a guy so happy to be arrested? That’s our boss, SRTC Executive Director Kevin Wallace. And he’s being hauled away to ‘jail.’

Before you call out the holes in the plot, as I call them, Kevin is obviously not going to a real jail, but a pokey at the Davenport Hotel and he was picked up by a firefighter, not a real police officer.  I’d be smiling too if someone locked me up in the Davenport. Or if a guy like that came to ‘arrest’ me.

This stunt is part of the annual Muscular Dystrophy Association’s fund raiser that puts folks behind bars to raise money to fight muscle diseases.

So here’s the deal; if you want transportation planning to continue uninterrupted, you better put up some money for ‘bail.’ So please give whatever you can. It’s for the children. And the state of our transportation system. Here’s where to donate.

After you do that, be sure to take a good look at Mr. Wallace’s face so if you see him in public you can alert the authorities. Or just shake his hand and thank him for donating his time to a good cause. 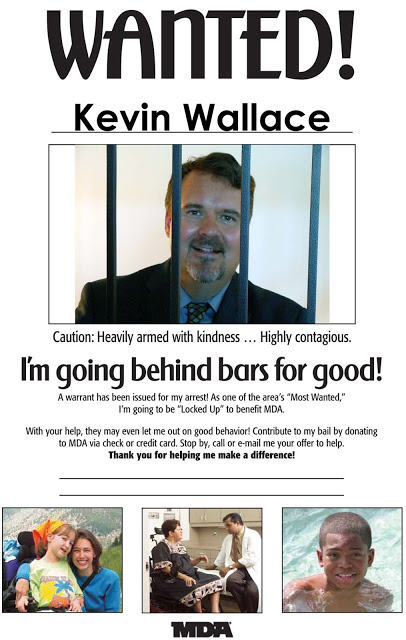