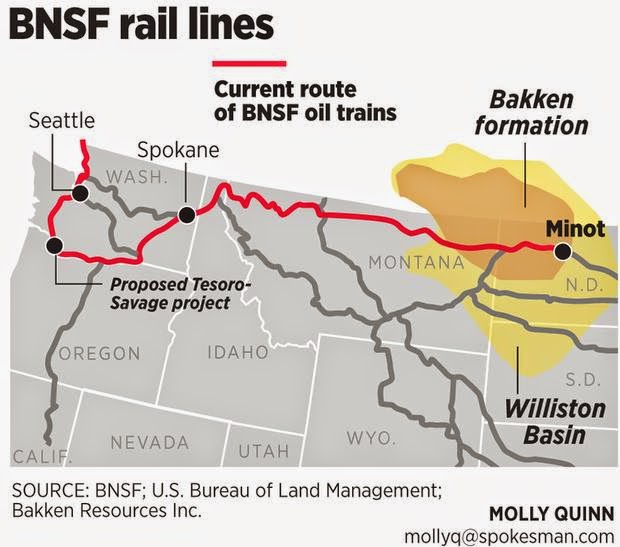 A proposal to open a terminal in Vancouver, WA to handle oil shipped rail is getting attention by local officials.

The City of Spokane is filing a petition for intervention, effectively requesting a “seat at the table” in talks regarding the proposed 32-acre terminal in Washougal. Spokane officials are interested in the project because trains headed to the terminal carrying oil would pass through our City. Emergencies such as derailments or fires could be serious threats to the area. Others are worried about environmental issues as a result.

The Spokesman-Review has more on the proposed terminal and how lawmakers in our area are getting involved.