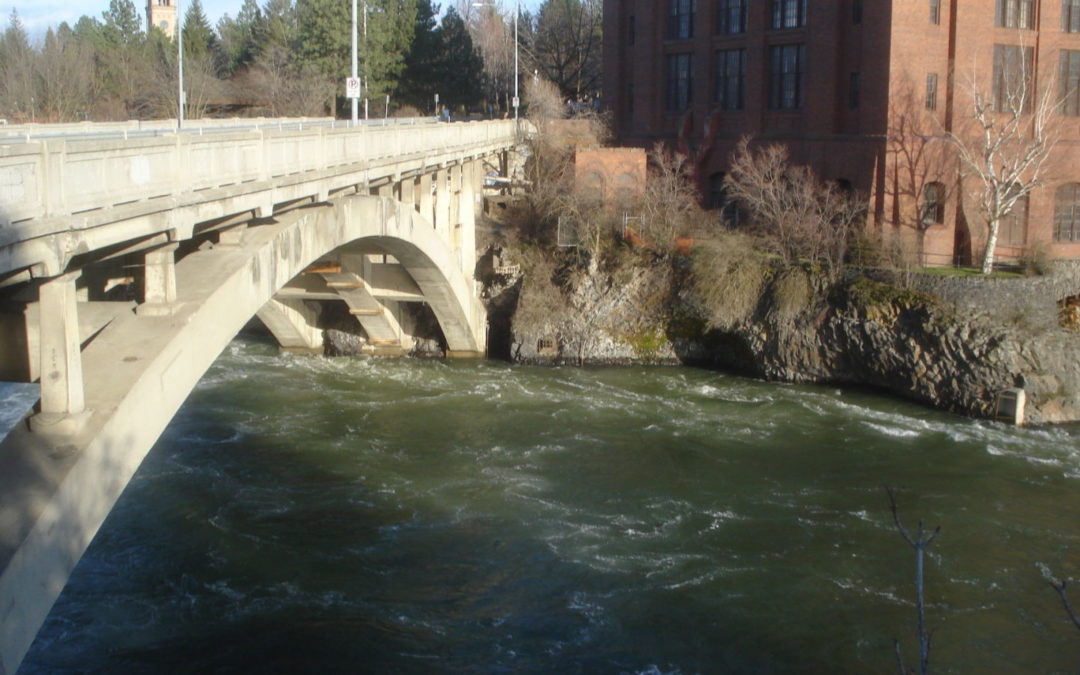 The rising cost of steel and historic value have led to a change in plans to replace the Post Street Bridge. The Spokesman-Review is reporting that its historic arches won’t be removed and replaced.

Officials with KPFF Consulting Engineers, the company contracted to replace the bridge, told city officials last week the cost for steel made it difficult to replace the 333-foot span with an all-steel frame.

About $1.4 million in federal discretionary funding and $8 million in federal Surface Transportation Program funding, provided through SRTC, is going to the project. The remaining $13.5 million will come from the city utility department because the bridge supports the city’s main sewer pipe.

The current Post Street bridge was built in 1917. Street car tracks were removed from it in 1936 and it was widened at the same time to accommodate growing traffic numbers.

Today, City engineers say many of the bridge’s arch columns have lost up to 20 percent of their load-bearing support.

A concrete design will allow the city to keep the historic arches on the bridge’s underbelly and reduce the costs of demolition while also addressing the major structural deficiencies in the bridge’s deck. It will also make it easier to leave the 54-inch sewer main that runs alongside the bridge’s underside during construction.