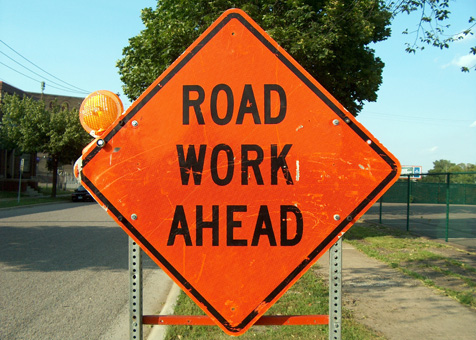 Game Day Congestion- On Saturday, October 4, expect congestion on Interstate 90 and SR 904 between Spokane
and Cheney as fans travel to and from the EWU football game.  Game
time is 1:30 p.m.  Also expect congestion on US 195 and SR
27 between Spokane and Pullman, plus SR 26 between Vantage and Colfax, as fans
travel to and from the WSU Cougar football game.  Game time is 7:30 p.m.
I-90/Latah Creek Bridge- On
Tuesday, Oct 7, from about 9 a.m. until as late as noon, be
alert for eastbound and/or westbound intermittent lane restrictions with
possible slow traffic and congestion.  There may be delays on northbound US 195 for short periods at eastbound I-90. Crews will be performing a routine bridge inspection.
I-90/Evergreen Road Interchange- Monday through Thursday, Oct
6-9, be alert for lane restrictions at the end of the westbound
Evergreen off ramp and north bound Evergreen Road at the off ramp
intersection.  Crews will be working on an intersection island.
SPOKANE CITY
Ruby Lane Closure- Two of the eastern lanes on
Ruby at Boone will be closed through Friday, Oct. 3 to install a flashing crosswalk system.

Queen from Lidgerwood to Division- Closed Oct. 6-21 for utility work for the new portion of NorthTown Mall.

Greene Street Bridge Crossing Water Main Replacement- Greene Street from Marshall
Avenue to Carlisle Avenue is reduced to one lane in each direction. Carlisle is closed at Greene. This
project is for work on the existing 30” water main suspended
under the Greene Street Bridge. A 24” pipe will be pulled through
the existing main. The new pipe will not add weight to the bridge due
to the smaller amount of water that will flow through it.

Lincoln/Monroe Construction- Subgrade work is taking place from 14th
to 18th. Crews are doing landscaping work on 14th-17th.
The
intersection of 14th Avenue and Lincoln/Monroe is open for eastbound and
westbound traffic. The
project includes reconstruction of the street by replacing the asphalt
surfacing, including ADA ramps as needed. Lincoln/Monroe street will be closed
from 7th to 17th Avenues. The closure is expected to last
through mid-October.

High Drive Construction- Crews continue grading the top course on the mainline,
crossovers, and side street tie-ins through Friday, Oct. 3. Guardrail
installation is scheduled Oct. 6-8. Landscaping work is expected to take three more weeks to complete. This project includes pavement reconstruction, storm, sewer, swales, and water main replacement from 29th Avenue to
Bernard Street. Phase One construction is expected to last until late October.
Phase Two of this project, Bernard Street to Hatch Road, will begin in the
spring of 2015.

Francis Avenue from Division to Crestline- Construction of the traffic
islands on Francis is expected to be finished this week, which will open up
both lanes of traffic (east and west).  Next week, isolated work areas
will be blocked off as crews install permanent signs on traffic islands. This
project will rehabilitate Francis Avenue from Division to Crestline
Streets.  The work is curb to curb and includes installation of ADA curb
ramps, where needed.

Residential Grind and Overlay Project- Asphalt patching is happening on the Arthur Street portion. Crack
sealing work will be performed the end of this week. The final paving is scheduled for early next week.The project calls for
completion of grind and overlay repair on the following streets:

Appleway Boulevard from Thierman to Park- Reduced to two lanes through
early October for landscaping improvements. The new sidewalk on the south side
of the road will be available for pedestrian use for the remainder of the
project.

Northbound Sullivan Road from I-90 to East
Flora Pit Road – Right lane closed
through November and possibly into early December while the contractor for
the City’s West Sullivan Road Bridge Replacement project modifies the east
(northbound) Sullivan Road Bridge over the Spokane River. The modifications are
being made to accommodate a future temporary additional traffic lane on the
east bridge that will be used while the west (southbound) bridge is being
removed and replaced next year.  One northbound lane will remain available
across the Spokane River at all times and lane markers and signs are in place
to direct traffic through the area.

Centennial Trail – Closed between Sullivan Road and Mission
Avenue from 7 a.m. to 3:30 p.m. daily, Tuesday, October 7, 2014 through
Friday, October 10, 2014.  Signs will direct Trail users to a detour route
along Indiana Avenue during the closure.  The temporary Centennial Trail
closure will allow the contractor for the City’s West Sullivan Road Bridge
Replacement project to safely construct a temporary protection structure over
the Trail beneath the Sullivan Road bridges. When completed, the
temporary protection structure will allow the normal Centennial Trail route to
remain open the majority of the time during the two-year bridge replacement
project.

Shady Slope Road- Bridge scour mitigation between Leona & Little Spokane Drive. The bridge is closed with a detour in place.

Bruce Road Bridge and Approach– Closed with a detour in place for bridge replacement.