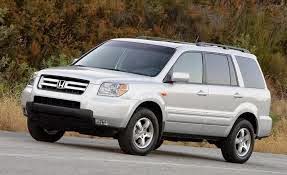 Honda is adding nearly 105,000 vehicles to its U.S. recall of driver’s side air bag inflators that can explode with too much force.

Dealers will replace the driver air bag inflators for free. With the added vehicles, Honda has now recalled 5.5 million Honda and Acura cars and SUVs nationwide from the 2001 to 2011 model years because of the air bag problems.

The company said it will send letters to owners of vehicles in the expanded recall “over time” as replacement parts become available.