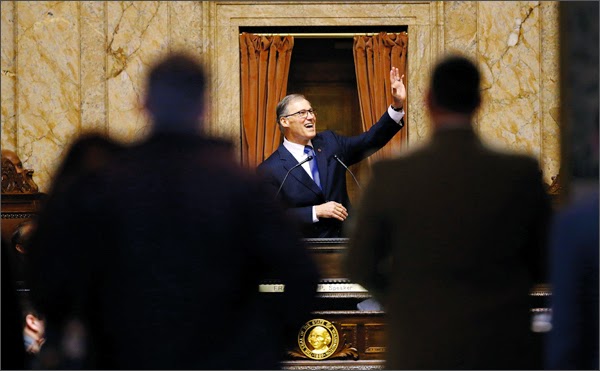 In his State of the State address yesterday, Gov. Jay Inslee called for the Legislature to pass a package of major transportation projects. He also said that would require some sort of new tax to pay for them.

For the last two years, the Democratic-controlled House has approved such a plan, but Senate Republicans have killed the plans.

Republican response to yesterday’s speech was that the governor’s plan doesn’t do enough to reform large transportation projects that have been plagued with problems, like the stalled tunneling operation under Seattle to replace the Alaskan Way Viaduct.