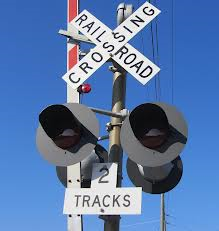 The number of fatalities at railroad crossings are starting to creep up after years of decline, and officials say it may be due to the improving economy. Over the past decade, collisions involving vehicles and trains dropped by more than one-third. In 2014, the numbers were going the other way though.

So what does the economy have to do with railroad deaths? Bloomberg.com has the story.