Another interesting
Transportation Vision Project meeting tonight. Tonight’s subject was bicycle and pedestrian issues. I was a little disapointed by the turnout (about 30 had RSVPed but only about 16 showed up) but the conversation was great.

Here’s a sample of what we heard:

– 30% of the workforce in the Spokane region is over the age of 55, and with the economy the way it is, those people will be working for a while longer. That means we need to prepare the transportation system for a large aging population through options like transit improvements and complete sidewalks systems.

– There are six areas in the City of Spokane’s Master Bike Plan that show planning for bicycle boulevards.

– Older people tend to drive very close to the white lane on the right, making it uncomfortable for bicyclists.

– One rider was told by a driver that it wasn’t healthy for him to be riding his bicycle as he could get hit by a car. Seems ironic doesn’t it…

– Doctors in New Mexico are writing prescriptions for people to walk to improve their health and are giving them specific trails to walk.

– Long boards are becoming more common as a form of transportation. Many people are riding them in bike lanes, although it’s not clear yet where the best place for the boards are. 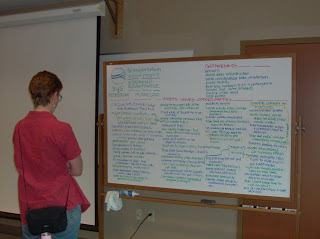 There was a lot of other input that came out of the meeting as well. It will all be posted on the website above within the next couple days, so get on and check it out. 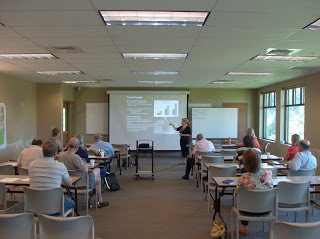