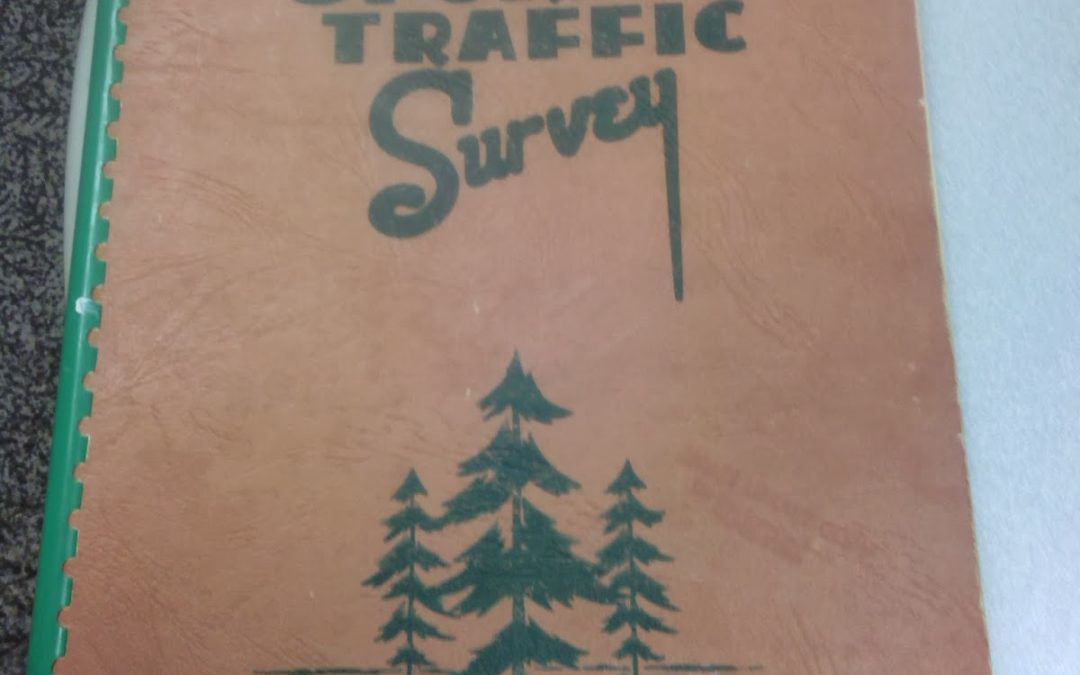 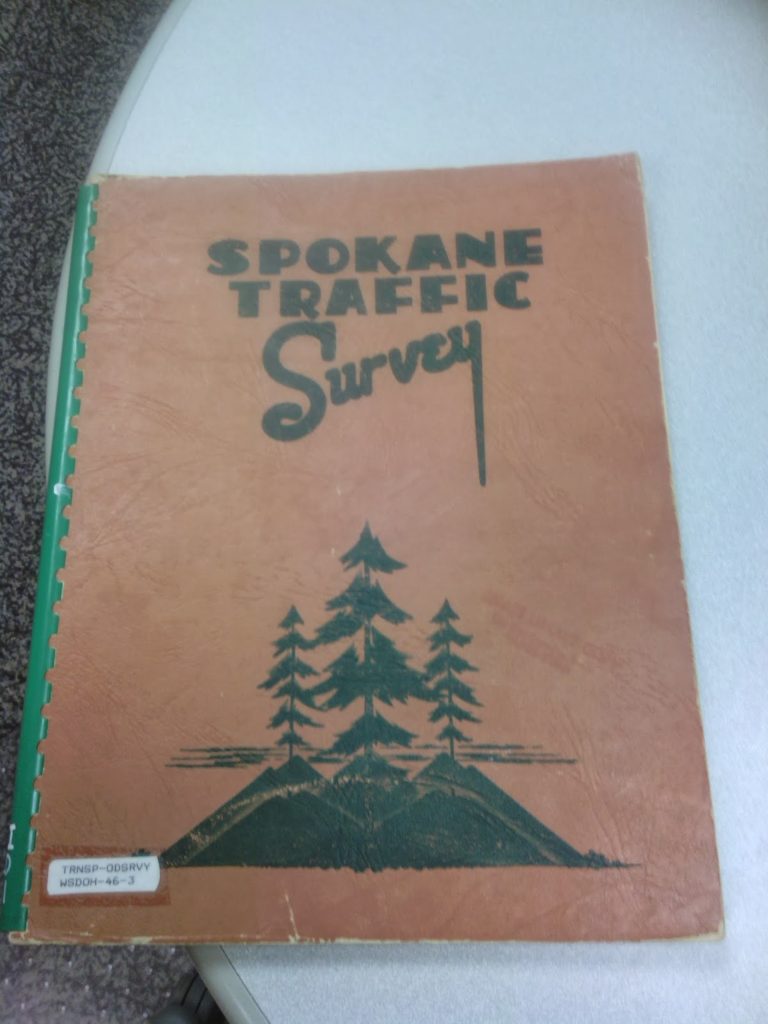 A while back, the boss found this Spokane Traffic Survey while cleaning out his office. So it’s an old traffic report, big deal- right? I finally just got time to look through it though and it’s pretty amazing, considering the times.

Published in 1946 by the City of Spokane Engineering Department Plan Commission and signed by then-Mayor Arthur Meehan, this piece of history shows that, while things have changed, much has stayed the same too.

The report contains many of the same things our current plans and studies have. The Horizon 2040 plan that we completed in 2013 has information on population trends. So does this report, showing a population of approximately 140,000 in 1950 for the City of Spokane. That number is now up to 209,525, according to Census numbers for 2012.

A chart of Motor Vehicle Regstration for 1950 in Spokane County shows the number at about 67,000. A traffic volume survey included in the report that was conducted in 1937 (as a Works Progress Administration (WPA) project) predicts a 15-20% increase in vehicle registration over the decade to follow. I couldn’t find current number of vehicle registrations to compare to today.

Under the heading of “Traffic Problem Causes” there is a paragraph about how downtown was the main area experiencing traffic congestion in 1946. This is cited as being due to the lack of a by-pass route around the central business district, which forced people to drive through downtown to get to other parts of the city. Narrow streets downtown were also considered a contributing factor to slow moving traffic. The suggested fixes for these issues included constructing an expressway and improving arterial routes. Division is listed as one of the most heavily traveled north-south routes even in 1946. 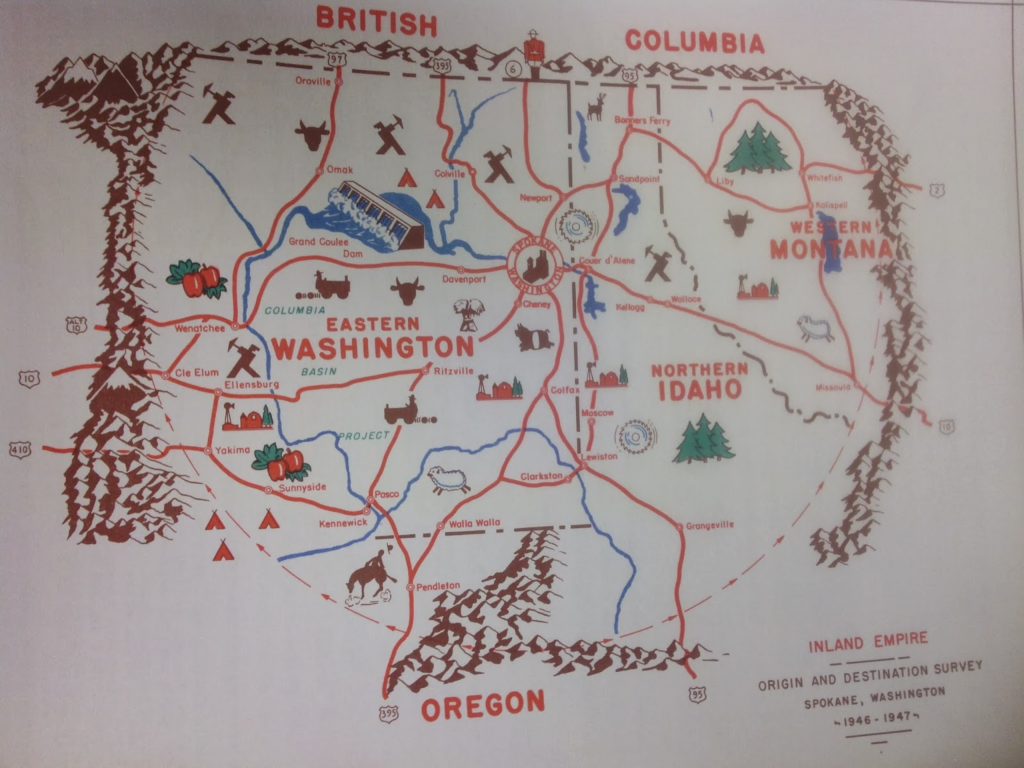 The plan lists the primary state highway through the area at the time as being US 10. I looked it up and as far as I can tell, this route was pretty much where Sprague Avenue is now.

The maps were also pretty detailed for the time, considering the technology available. The map to the left shows Eastern Washington and Northern Idaho in 1946 and the main economic drivers, such as cattle, apples, mining, and grain growing.

Among things that have changed, the report says the city’s street system was made up of “71% graded crushed rock” at the time. Also, the average driving speed on streets in the central business district (downtown Spokane) was 14.1 miles per hour during off-peak hours! Average speeds for arterials is listed as 24.4 miles per hour. That’s something we’ll never see again.