Where Did the Idea for Centerline Stripes Come From? 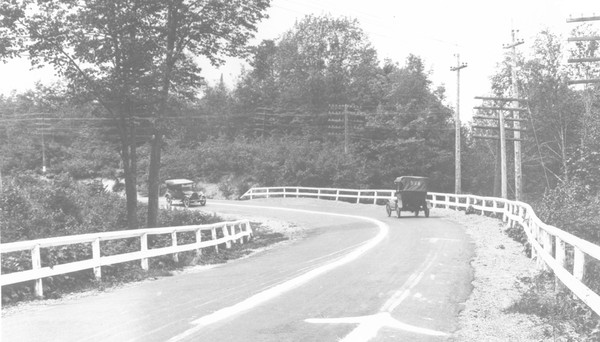 In the early days of driving, how did drivers avoid head-on collisions on narrow roads with no center strip to tell them which side to stay on? They didn’t, and that’s how the center strip was born. The chairman of the Wayne County (Michigan) Road Commission, Edward Hines, was behind the construction of the first mile of concrete roadway, according to OppositeLock. It was also his idea to paint a line down the center of roads to separate lanes for opposing traffic. According to the Michigan Historical Society, Hines got the idea for lane lines after witnessing a near collision between a vehicle and a horse and buggy. .That line has been called “an invention which has been called the most important single traffic safety device in the history of auto transportation.”

The first road to get the centerline treatment in 1911 was River Road in Trenton, Michigan. A decade later, centerlines were standard for major roadways throughout the rest of the County. Today, they are standard for all roads.

Among Hines’ other contributions: he was chairman when Wayne County became the first to use scrapers on trucks to remove snow from roadways. He also helped lead the charge for highway rights-of-way.  He was posthumously inducted into the Michigan Transportation Hall of Honor in 1972.