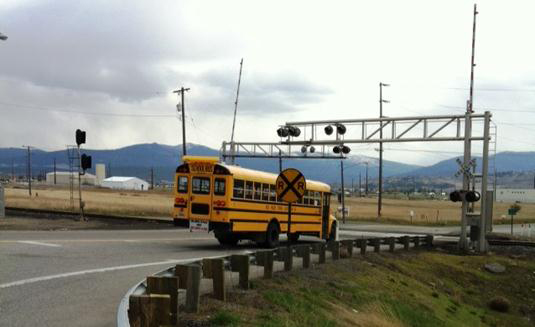 Spokane Valley residents last night weighed in on a proposed roundabout for the Barker Road grade separation project. According to the Spokesman-Review, most community members attending the City Council meeting testified in support of the city’s decision to include a roundabout in the project design. There were a few notable exceptions though, including Highland Estates developer Jack Kestell and Sen. Mike Padden, R-Spokane Valley, had safety concerns.

Padden said he supports the project overall as nearby industrial land is full and there is a large demand on area railroad tracks creating a lot of train traffic.

The project would replace an at-grade intersection at Trent Avenue and the BNSF rail tracks with an overpass. Kestell, developer of the Highland Estates neighborhood north of the proposed roundabout, said the project should not be built unless a north leg is added extending into the neighborhood. Spokane Valley City Council will vote on a design at a March 20 council meeting and plans to award a construction contract on March 27.