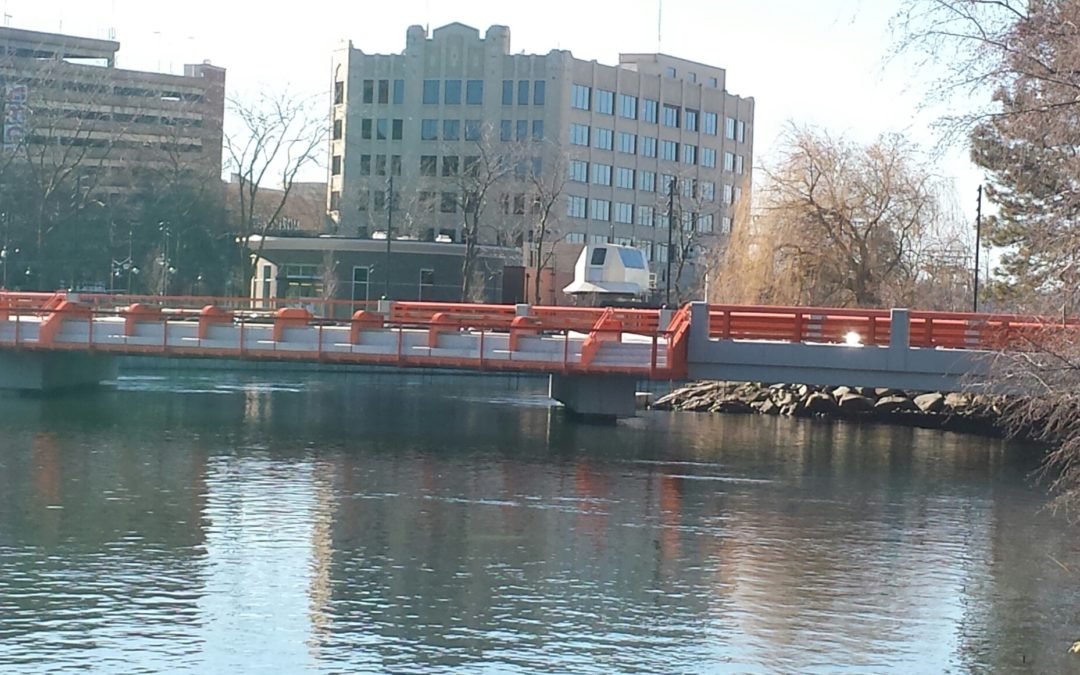 According to an article in the Spokesman-Review today, transferring ownership of the bridge from the park department to the utilities department gives the city $6.6 million more for its renovation of Riverfront Park, which has experienced some unexpected costs.

The utility department originally only planned to contribute $200,000 to the bridge, to cover the pipes that carry water for the city. Utility money from ratepayers usually is only used for sewer and water infrastructure – like water or sewer lines under a bridge. City officials say the transfer won’t mean higher utility bills though, because it has already borrowed money to pay for it from bonds for an array of utility projects.

The parks department plans to use the money from utilities for other areas of the park, including a playground on the park’s north bank, as well as adding amenities to the U.S. Pavilion that is currently under construction and other projects approved by voters in 2014. Utilities officials say they are reimbursing parks for the entire cost because the city has decided not to replace one of the other Howard Street bridges, known as “the Blue Bridge,” that was rebuilt instead. There had been a previous commitment to pay for the Blue Bridge replacement. Howard Street used to run through the land that became Riverfront Park on three bridges.

The agreement is one of several made between parks and utilities that have in part increased the full scope of work in the park to over $71 million. Voters approved the sale of $64 million in bonds for work, which had not had an upgrade since soon after Expo ’74.

The transfer has not yet included approval from the Spokane City Council.