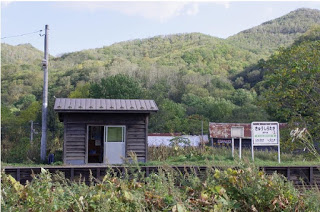 Talk about customer services; a train station in a remote Japanese village stayed open for an extra
year after being slated to close down- for the sole purpose of getting a teenage girl to school every day.

According to the Huffington Post, 18-year-old Kana Harada would have had to walk a 73-minute trek every morning to catch a 9 a.m. express train in a neighboring town if the station hadn’t continued to operate.

When station operaters learned of Harada’s commute, it delayed plans to close to the station by until she graduated. It finally closed at the end of March this year.

“I got on and off this train for the last three years, and this station’s presence has become something I have taken for granted,” Harada told Reuters in January. “I do feel sad to think it will disappear.”
Harada wasn’t alone in her sorrow. According to Rocket News, local residents came out on March 25 to see the last train ever stop at the station as a way of paying tribute.