Traffic Cameras Catch More Than Speeders, They Bust Cheaters Too 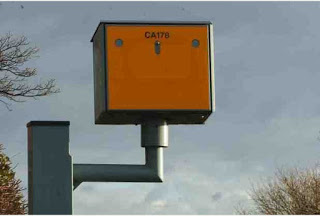 Which is worse- having an affair or speeding? A man in India got busted for both, because he did the latter. The Times of India says Rajesh Kumar (name changed) was taking a trip with his girlfriend recently. He was speeding on the expressway in the city of Noida when a high definition camera installed along the road to catch speeders took his picture. A photograph of the speeding car and its occupants was sent to his home where his wife opened it and discovered that wasn’t herself in the photo.

Now Kumar and several other people are complaining that the speed cameras ruined their marriages. A handful of people exposed as having extramarital affairs showed up at the office that manages these cameras earlier this week to say they’re perfectly willing to pay the speeding fine but something needs to be done to keep the cameras from intruding on their personal lives.

Police reminded those folks that if they obeyed the law and didn’t speed they wouldn’t be in trouble- for anything. They also said that between March and July 2015, around 10,000 people were fined on the Noida expressway and the number of accidents declined.