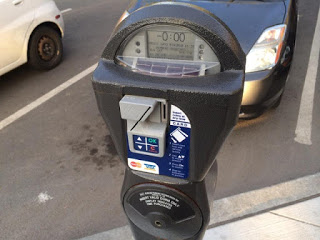 According to the Spokesman-Review, a resolution on tonight’s council agenda from council members Breean Beggs and Lori Kinnear authorizes officers to use license plate-reading technology to identify vehicles that are parking for longer than the limit at meters downtown. The city has the technology but isn’t using it for enforcement.

The recommendation follows a study by the city’s Parking Services Department showing many parkers in the two-hour spots aren’t obeying time limits, which businesses say is needed to keep on-street traffic flowing downtown.

An alternative proposal would raise the on-street parking hourly rate from $1.20 to $2. An advisory committee had been considering the idea so that on-street parking would match the rate at privately owned lots and garages, and get long-term parkers off the streets.

The resolution doesn’t change any city policies on parking, instead authorizing enforcement officers to use existing technology to enforce the time-limit policy that has been the law for years.

The City Council will consider the resolution during its meeting at 6 p.m. Monday at City Hall.