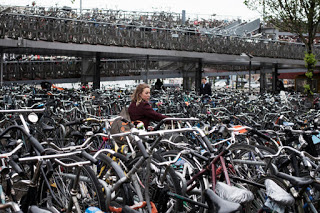 According to Daily Hive, the country has 18 million bicycles and 16 million residents. With over a quarter of daily trips made by bike, you would think it would be a nightmare for drivers. Not so, says Waze. The company’s Driver Satisfaction Index – which analyzes the driving experiences of 65 million monthly users in 38 countries and 235 cities nationally – named The Netherlands the most satisfying place in the world to drive due to its “smooth traffic conditions” and “solid road quality.”

With most people using alternatives to driving, the country’s roadways are uncrowded, which also decreases the wear and tear on them.