The Most Common Terms In Tweets to Airlines? Thanks and Profanity 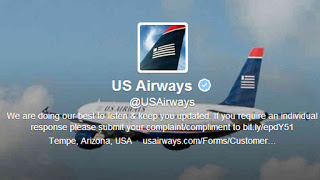 If you were to guess, what do you think the most common words tweeted to airlines over the last holiday season were? Surprisingly, they were “thanks” or “thank you.” However, keep in mind that some of those thanks were used ironically.


The Los Angeles Times reports that 1.3 million Twitter messages were recently analyzed to get an idea of the public sentiment when it comes to communicating with airlines.