Teen Truckers- Coming to a Highway Near You? 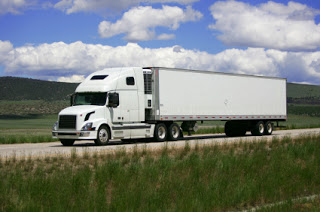 Safety groups aren’t liking the proposed highway bill that the House and Senate are planning to deliver to President Obama on Dec. 4. They say it will make our roads more dangerous due to budget cuts for auto safety watchdog groups, a loophole that lets car dealers use defective cars as loaners, and a provision that would put teenagers behind the wheel in semi trucks. Wait- what? Yes, you read that right.

One provision in both the House and Senate bills would start pilot programs to allow teenagers, as young as 18, to drive big trucks and buses across state lines. The current minimum age for truckers driving through multiple states is 21.

Officials for the American Trucking Association says not to worry though, no one is setting kids loose in a big rig. He says the program would be the first step toward a graduated licensing program for commercial drivers and a way to get younger people into a field that is facing a major shortage of drivers.

Here’s more on this issue from Politico.