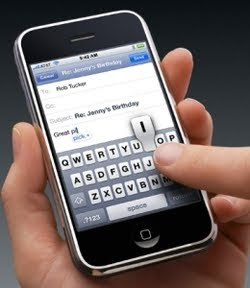 Two new studies regarding cell phones and texting have come out this week, with some very interesting conclusions.

The first says that laws banning texting have actually caused collissions to increase because people are hiding their phones while texting, causing them to look down, instead of at the road. Here’s more on that study.

The second study says that more young people are waiting to get their drivers license- because of their phones. Teens apparently spend so much time talking, texting, twittering and Facebooking each other anymore that they don’t need to drive to each other’s homes or the mall to hang out. You can read more here.