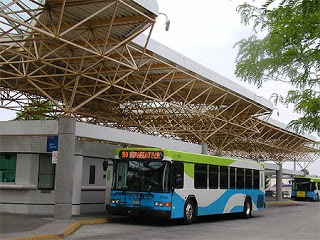 Spokane Transit Authority officials are considering putting another measure on the ballot this year.

According to the Spokesman-Review, support has emerged to rerun the ballot measure in 2016 that failed last year  that would have raised the sales tax 0.3 percent for systemwide upgrades. That’s according to Spokane County Commissioner Al French, also an STA Board member.

A trolley was the centerpiece of the proposed service improvements that would have also extended night and weekend bus service and added new park-and-ride facilities.

The April ballot measure lost narrowly. It would have raised $270 million over 10 years and brought in $60 million in state and federal grants.

In the meantime, STA staff has been trying to obtain a $50 million federal “small starts” transit grant for the Central City Line (CCL) and state lawmakers included $15 million for the CCL in a state transportation funding package to provide the match money required for the federal grant.

In December, the STA board voted to continue supporting the “Moving Forward” plan that was the basis for the unsuccessful ballot measure.