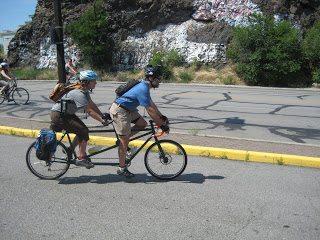 If you were one of the many people who took place in the first Spokane Summer Parkways yesterday, you know what a great time it was. I was pleasantly surprised at how succesful this first one was and how many people came out to play, minus their cars.

There was a little of everything, and I talked to a lot of people who were really excited about the event. What also surprised me was how many older people attended. And by older I mean elderly. There were lots of older folks walking, one older gentleman rollerblading, and a lot on bikes. It was great to see so many active seniors! 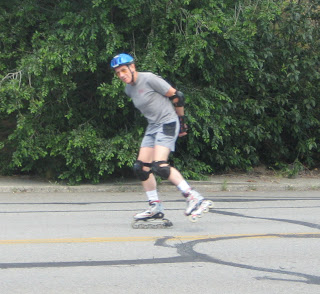 I also lots of scooters and skateboarders. And lots of people participated in the bike decorating contest. There were some pretty cool decorations, including one girl who dressed her bike up as a peacock and her male companion’s bike was a pheasant. Unfortunately, they went by so fast I couldn’t get good pictures. 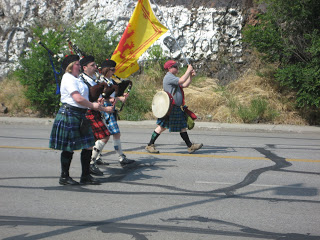 I was there promoting SRTC’s Transportation Vision Project and talking to a lot of people about their ‘vision’ for the future. I heard some interesting stuff too. One gentleman told me he’s bicycled all over the world and Spokane has the politest drivers when it comes to bike-auto interaction. Another told me that in the Netherlands they have things that look like giant fishing nets posted alongside the road. Instead of having to stop to dump your trash, you just throw them into the net as you ride or drive by. And a LOT of people asked about light rail. The prevailing sentiment yesterday was that we need some sort of transit system between Spokane International Airport and Coeur d’Alene, and the preferred method seemed to be light rail. 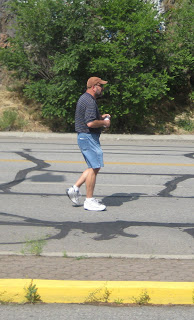 Of course, bike lanes came up a lot and several people mentioned bike boulevards. And the marching bagpipers want bagpiping lanes, but you can’t have everything. 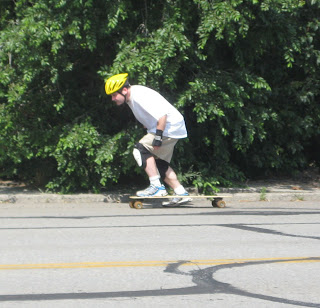 All in all, the event was a huge success and I think the next Spokane Summer Parkways, on August 22, will be even bigger. 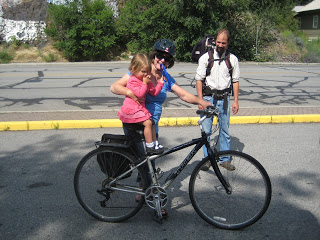 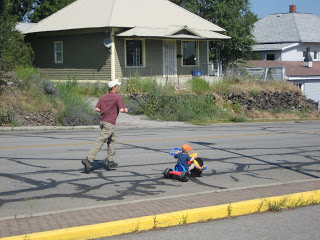