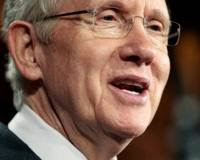 OK, one more… I was watching the live broadcast of the Senate vote on the Debt Ceiling issue, and i was pleasantly surprised to hear Senate Majority Leader Harry Reid announce (for the first time)that he want to tee up a bipartisan vote on the “Highway Bill” when congress reconvenes in September. He said that he has discussed ways to fund the bill with the Senate Chairman of the Finance committee, and he thinks there could be an agreement that would pass both houses of congress. The transportation committees in both houses have released their framework for reauthorizing the “Highway Bill,” but the biggest difference between the two is a the duration of the authorization. The house wants a six-year, bare-bones reauthorization and the Senate wants increased spending over a two-year cycle. The House bill would be completely funded by the Highway Trust fund, and would require no new revenues. The Senate bill would also use the highway trust fund, but it would require about $25 billion in additional revenues… If Senator Reid is right, and the Senate Finance committee can find more money to pump up the trust fund (without raising taxes), the chair of the House Transportation Committee has stated that he would be willing to support increased infrastructure spending as well… stay tuned, and in the meantime,here is the link to Senator Reid’s comments