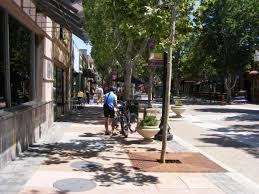 A new report on traffic safety confirms the safety value of building more sidewalks, safer crosswalks, expanded trails and traffic-slowing designs, according to the Spokesman-Review’s “Getting There” column.

The World Resources Institute, in its “Safer Cities by Design” report, said traffic deaths could be reduced by adding multimodal facilities in urban areas, also known as creating “complete streets.”

“Where public streets have been designed to serve primarily or even exclusively private motor vehicle traffic, they can be made immensely safer for all users if they are designed to effectively serve pedestrians, public transport users, bicyclists and other public activity,” according to the report by the Washington, D.C. based firm.

According to The World Resources Institute, 1.24 million people die in traffic every year around the world. More than 90 percent of those deaths occur in low- and middle-income countries.

As populations grow and economies improve, the report said cities will become more crowded and urban expansion will be inevitable. Responding with more roads and motorized transportation, the problem worsen.

In the City of Spokane, the city has been doing some of this, converting four-lane arterials to three-lane routes with two lanes, a center turn lane, bike lanes and sidewalks. The City Council has adopted a crosswalk ordinance requiring marked crossings near schools, parks, hospitals, churches, trails and other spots under a pedestrian master plan.