Proposed Oil Terminal Brings Many Out for Hearing 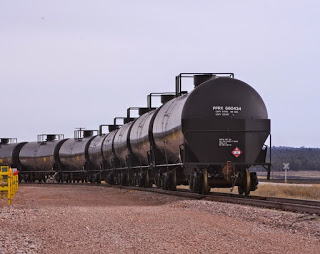 A hearing on a crude oil terminal in Vancouver, Washington brought out over 100 people to a hearing in Spokane Valley last night, many of whom oppose it.

The Spokesman-Review reports that opponents who signed up to speak at the hearing, held by Washington’s Energy Facility Site Evaluation Council, said such a facility would  put Spokane and other communities at risk from increased oil train traffic, without offering any local economic benefits.

Four additional trains carrying oil would travel through the area per day if the terminal is built.

Sandpoint and Missoula residents also spoke out, saying the extra trains puts their cities at higher risk for derailment and spills too. Longer wait times at rail road crossings was also a concern for many.
However, the project received support from local carpenters and boilermakers who said an oil-consuming nation like the U.S. requires a reliable supply of oil. A representative of one are carpenters union said oil trains are safer than using a pipeline and more efficient than trucking it in.

A BNSF spokesman said that oil trains travel at lower speeds through populated areas, about 20 to 35 miles per hour in our area,