Oh Deer! How Likely You Are to Hit A Deer Depends on the State You Live In 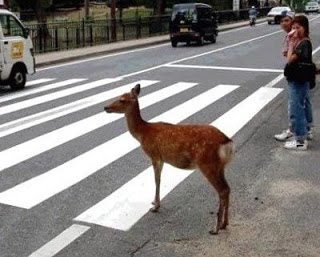 Live in West Virginia? Then you have a greater chance of hitting a deer than drivers in other states.

KCRA News reports that the odds for such an accident in WV are an estimated 1 of 41 drivers, according to a report from State Farm Insurance.

Hawaiians, on the other hand, have the lowest risk in the U.S. of colliding with a deer with 1 in 10,281 chance.

Nationally, 191 people were killed in 2013 (the most recent year with available data) as a result of collisions with animals, according to the Insurance Information Institute and the Insurance Institute for Highway Safety. Deer were the most common animal to be struck.
These accidents tend to happen most frequently at dusk and dawn and in the fall. November is the month that drivers in Ohio are mostly likely to hit a deer, followed by October and December.