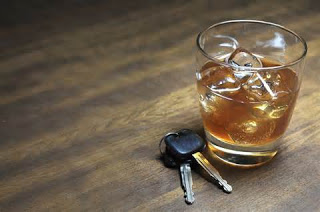 Some new technology that could soon be installed in every car coming off the assembly line may completely eradicate drunk driving in the future.


According to News 1130 The DADSS (Driver Alcohol Detection System for Safety) is a breath and touch-based bio-sensor system designed to measure blood alcohol levels under the skin’s surface by shining an infrared-light through the fingertip or measuring the alcohol level in a driver’s naturally exhaled breath.

If you’re above a preset level (probably zero for teenagers and maybe 0.5 for adults), the car takes over- it stays at a slow speed, the lights flash and the horn honks repeatedly to signal law enforcement and other drivers that the driver may be impaired. Plus, at that point, the car is going so slow that if the driver were to hit something, it wouldn’t cause enough impact to kill or seriously hurt anyone.

The DADSS research program is a partnership between the US National Highway Traffic Safety Administration and the Automotive Coalition for Traffic Safety (ACTS), which represents the world’s leading automakers. Widespread adoption of the technology is expected to happen within three to five years, although some are skeptical.

For instance, Automotive Specialist with News 1130, Tim Dimopolous, says he doubts the technology will be available that soon, but also that it will need to be legislated into vehicles rather than introduced voluntarily by car manufacturers as it will cost extra money to be installed in vehicles.

In addition to the fight that car manufacturers might put up against this, I see some potential legal issues. For instance, what if the system is faulty or develops a glitch and goes off when you’re not drinking or impaired? This could be embarrassing for some people and cause undue legal issues. Just some thoughts on my part. What do you think?