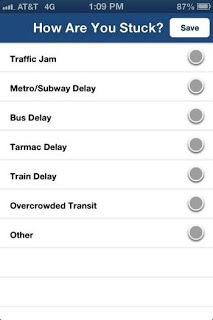 Stuck in traffic and just want to share your frustration? There’s an app for that. And you may want to get it. A new, free mobile app lets commuters and airline passengers delayed by travel headaches to send email messages to their elected officials demanding upgrades to the nation’s crumbling and outmoded transportation networks. And what’s cool is that you don’t even have to know who your congress people are.

The “I’m Stuck” app is the creation of a bipartisan coalition of former and current elected officials who advocate increased spending to modernize transportation and infrastructure in the U.S.

Here’s more on the app and where you can get it.