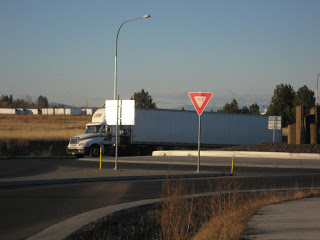 It took me a while but I finally drove the North Spokane Corridor for the first time today. You’d think I would have gotten up there sooner but my government tracking bracelet doesn’t let me get out of the office as much as I used to.

I get a lot of people asking me about the NSC because they haven’t had occasion to drive it yet, so here’s my report: I liked it. Yep, it was nice smooth pavement and had

several elements that I like; a roundabout, a trail for bicyclists and pedestrians, big electronic signs, and artwork. What more can you ask for in a transportation project? 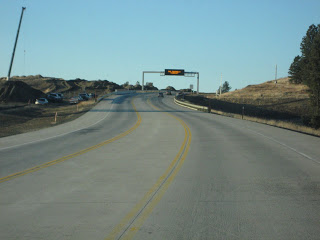 One of my co-workers congratulated me on being one of the dozens to have driven the NSC, but I actually thought there was a decent amount of traffic today for a freeway that is just over four miles long at this point. 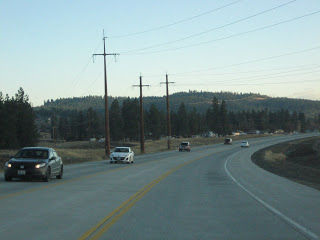 That could be because of the recent NSC/US 2 interchange opening that makes it easy to transition between the two highways. It still doesn’t have the traffic counts of I-90 of course, but it’s 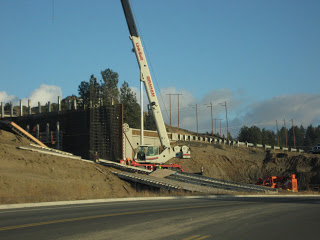 expected to pick up when the NSC/Parksmith Road Interchange is completed in fall of 2012.

Until then, you can look at these pictures I took today. And don’t worry, my stunt double was driving.