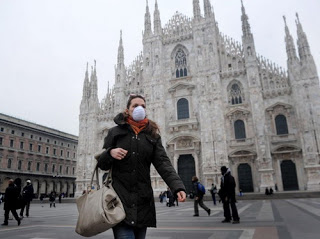 Around here, we talk a lot about what would get people to change their transportation behavior. For instance, if you drive to work alone now, what would convince you to maybe ride the bus or ride your bike to work everyday instead? Would more bike lanes or better sidewalks convince you? Buses that come more often or run later? Or would it come down to cold, hard cash to get you to change your way?

That’s what officials in Milan think. According to Money, city officials there are proposing to pay people to commute via bicycle in order to lower smog levels. Like Spokane, Milan lies in a low valley, where air pollution can get trapped. Unlike Spokane, it is considered one of the most polluted cities in Europe.

This idea isn’t the first step in cleaning up the air. City officials recently banned cars from the city center, offered discount tickets on public transit and added 50% more bike lanes and bike share stations around the city.