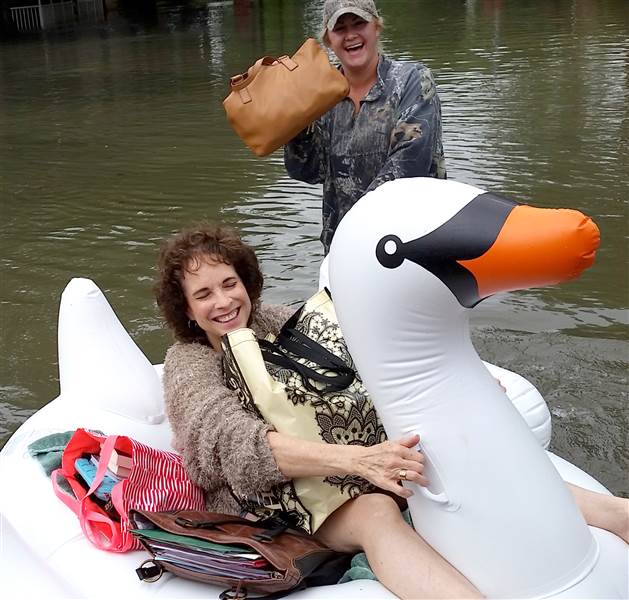 I’ve seen all kinds of ways to commute to work- but on a swan?? That’s how midwife Cathy Rude reached a client

last week who was in labor; by commandeering an inflatable swan to traverse the floodwaters of Katy, Texas.

According to the Today Show, Cathy Rude tried driving to her client, Andrea Haley’s, house but got stopped by floodwaters that were too deep to drive to. She attempted to located a kayak with no luck when she noticed one of Haley’s neighbors on a large white water toy drifting down the street. The situation was explained and the neighbor loaded up all of Rude’s delivery supplies and Rude and pushed her to the home of the pregnant woman.

The baby was born later that night. No word what happened to the swan.